Here in the Southern mountains, the old-timers (and many young people as well) still predict the weather by “the signs,” that is, the signs found in nature.  One of those signs is the annual singing of the katydids.

While the tree frogs sing at night, the katydids here sing during the day, their “voices” rising to a crescendo from one stand of trees, and then falling away as katydids in another stand of trees take up the song.  Katydids sometimes are called bush crickets or long-horned grasshoppers, and they are about the size and shape of leaves.  We rarely see them, but this week I came out of a meeting to find one on my car.  It looks rather ferocious… 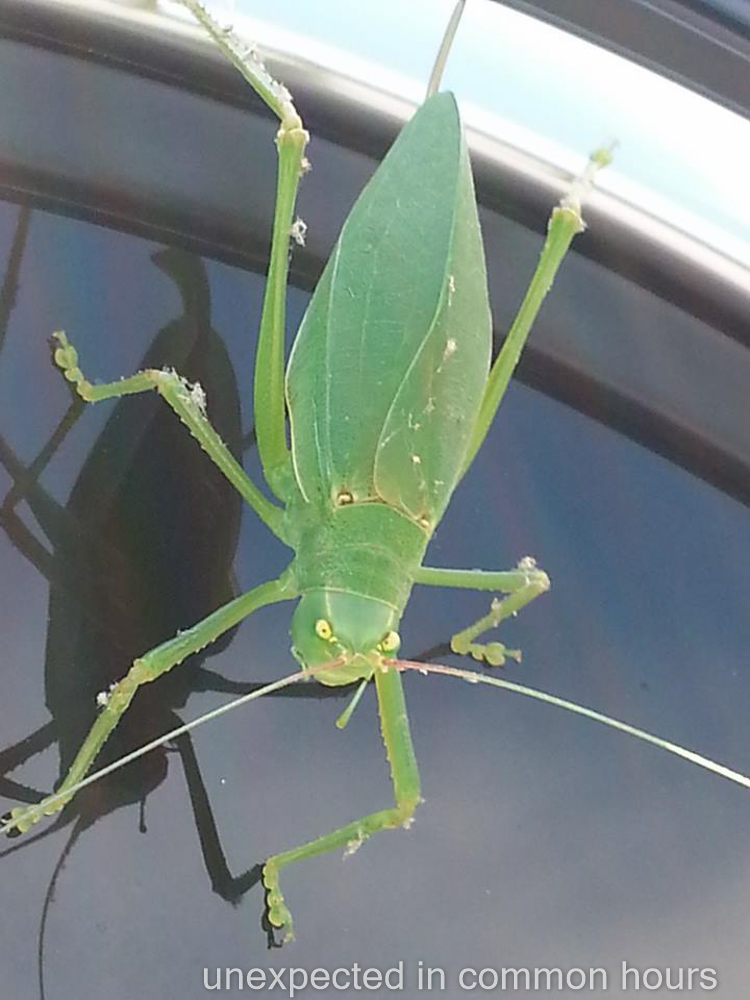 I tried to record the katydids this week.  From our porch, which is where I was standing when I made the recording, you can also hear traffic on the highway and other sounds.  From our back deck, the traffic sounds are more muffled, but the katydids were not as loud.

This site uses Akismet to reduce spam. Learn how your comment data is processed.